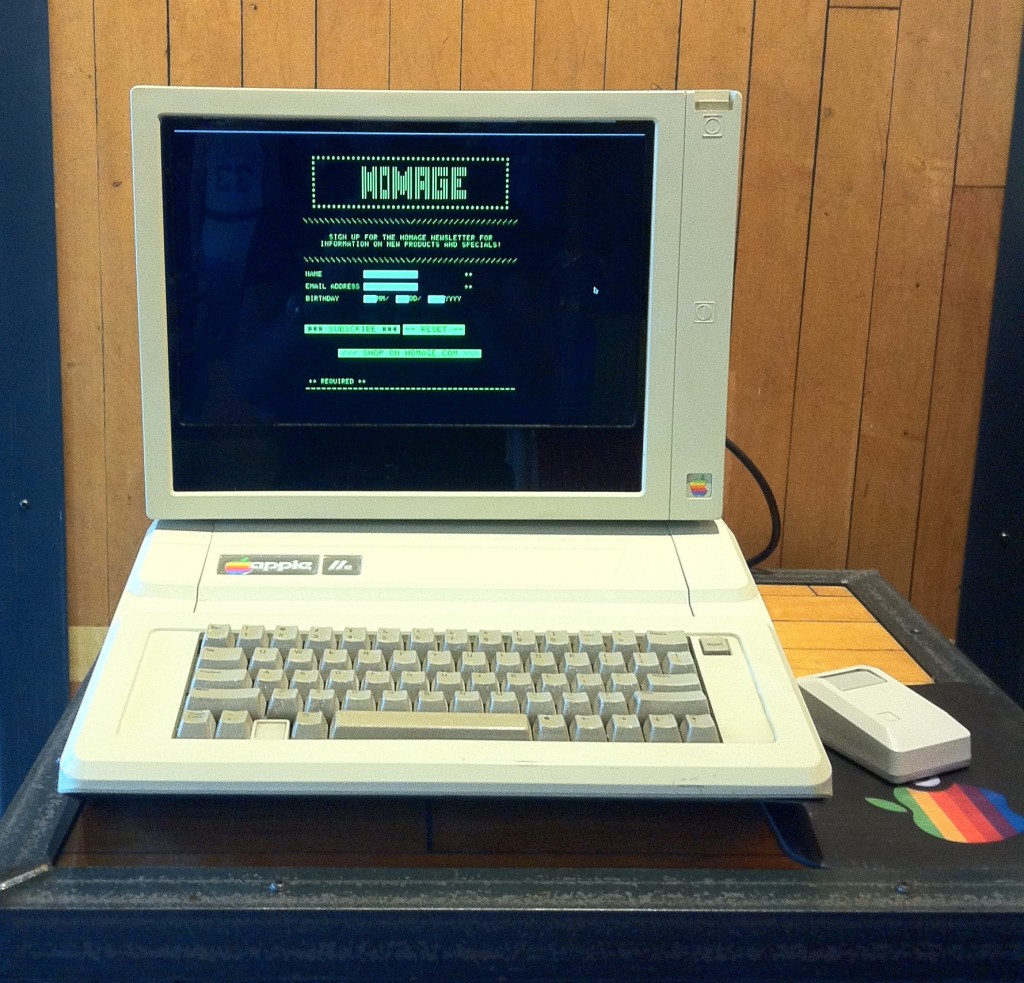 I have a retail store in Columbus that sells classic t-shirts with
nostalgic artwork.

Thinking about having some kind of Mac Mini operate inside an old
shell.  I was wondering if you would be interested in working with us.
We could price something out and see if it’s worth your while…

Ken put Ryan in touch with Charles Mangin, about whom Ken had blogged back in 2010. Years later, on the September 2013 episode of Open Apple, Charles related the product of the resulting collaboration.

Charles did indeed embed a Mac mini inside an Apple IIe for Ryan’s store in Columbus, Ohio. The display screen for signing up for Homage’s newsletter, though powered by a Mac mini, is designed to look like it belongs on the green phosphor screen. It fits right in with the store’s variety of nostalgic memorabilia, from an NBA Jam arcade cabinet to a Hulk Hogan cardboard standup.

Photos are courtesy Ryan; see more shots of his store at Columbus Underground.

Nice work to all parties involved in reminding the the public of Apple’s roots!